Putin Faces ‘Most Precarious Moment’ of His Decades in Power: Russia Expert 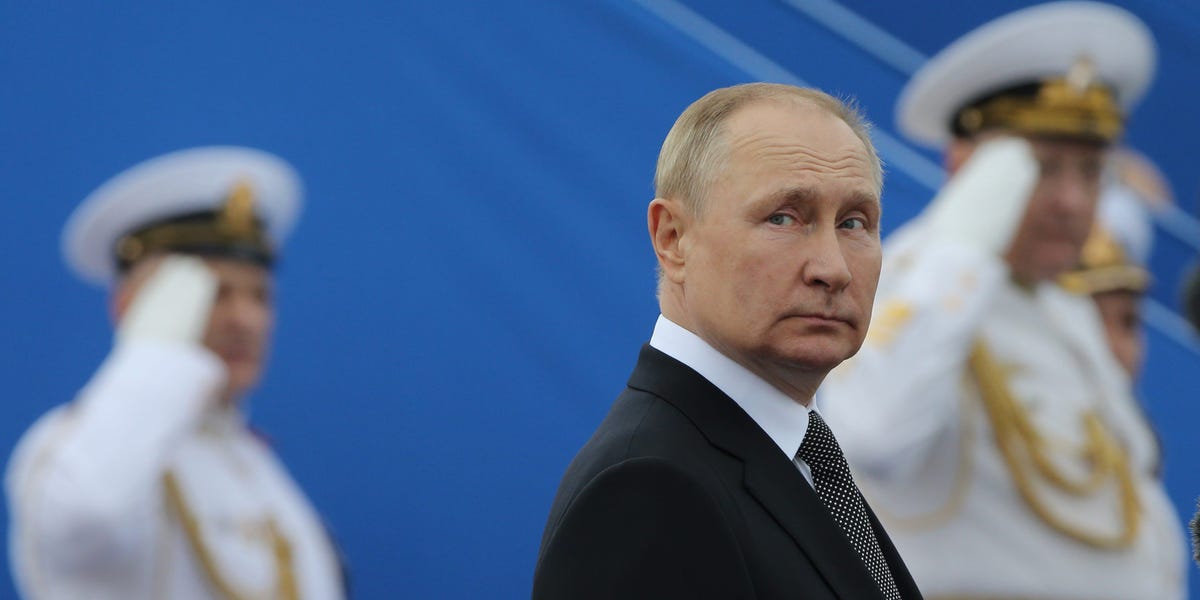 For more than two decades, Russian President Vladimir Putin has ruled the country with an iron fist, brutally cracking down on dissent and cementing his hold on the levers of power in Russia. They often end up in jail or die. But Russia’s failure in Ukraine poses a new challenge to Putin’s prestige.

Angela Stent, a top Russian expert who worked in the State Department’s Office of Policy and Planning from 1999 to 2001 and was the Russian and Eurasian National Intelligence Officer at the National Intelligence Council from 2004 to 2006, told Insider: said like It is clear that Putin will not be as strong as he was on February 23rd, the day before Russia launched its unilateral invasion of Ukraine.

The war did not go the way Putin wanted. The Pentagon said in August that Russian casualties could be as high as his 80,000, a number likely rising in recent months. To address Russia’s manpower problem, Putin recently announced partial military mobilization and various stop-loss measures, but things aren’t going well. people fled the country.

Putin also announced last week the annexation of four regions of Ukraine, despite the fact that Russia does not fully control or occupy these regions. was recaptured. According to recent reports, even members of Putin’s inner circle openly criticize the failed invasiona dangerous and even deadly action.

The Russian military looks “incompetent” and the situation “looks bad” for Putin, Stent said. “This is definitely the most volatile moment” in Putin’s 22 years in power, she said, adding that what was happening was completely “self-harming.”

“He didn’t have to go and invade Ukraine in February, but he clearly made the decision that now was the right time to do it,” said a professor now at Georgetown University. said Stent, a senior researcher at the Brookings Institution.

Even if the war isn’t progressing as Russia’s leaders have planned, that doesn’t necessarily mean Putin’s downfall is imminent. Stent said, pointing to Putin’s “fierce” speech on the annexation.

Also, there has been no major uprising against President Putin, showing how effective his efforts to quell dissent have been. Putin’s most prominent critic, Alexei Navalny, is in jail on charges widely accused of being politically motivated. Protesting the war means jail time for some Russians Chances are, Putin signed a vague law criminalizing the spread of so-called “fake news” about the military shortly after the invasion began.

“The problem is that Putin has created a system of increasing repression,” Mr Stent said.

“It’s not even an individual or a small group of individuals mobilizing people,” she added. A willingness to inspire people. ”

Stent also said the recent decision by the OPEC+ alliance to slash oil production at a time when Russia’s war in Ukraine is sparking an energy crisis appears to demonstrate Putin’s ongoing geopolitical influence. said. The Saudis and other members of the coalition are essentially “supporting Putin’s war effort,” Stent said. “His situation doesn’t look good, but there are still many countries around the world that support Russia.”

But countries like India and China, which tend to side with Moscow on the world stage, have not taken an overtly supportive stance on Russia’s aggression in Ukraine, making them “alert” to Putin’s actions. “There are signs that it is,” Stent said. He said.

Last month, Putin said that the two countries Concern over war in Ukraine When I met with Chinese President Xi Jinping and Indian Prime Minister Narendra Modi during a summit in Uzbekistan. Prime Minister Modi directly criticized the conflict in the presence of Putin, saying, “Today’s times are not times of war, we talked about this on the phone.”

Since the war began, Putin’s repeated nuclear threats are likely to “reduce” the likelihood of such countries providing full support to Russia’s war on Ukraine, Stent said. .

‘Nuclear threat is not helping Putin’

Many leaders, officials, Russia watchers and military experts are facing what may be the worst predicament of the Putin era as Russia struggles in Ukraine. in ukraine The West has expressed concern that Russian leaders may resort to using nuclear weapons.

Many analysts have suggested that Putin’s nuclear threat is largely a bluff designed to intimidate the West and keep it away from continued support for Kyiv. has provided billions of dollars in security assistance to Ukraine, including weapons that have played an important role.

If this is Putin’s goal, it won’t work, Stent said, adding that “nuclear threats are not helping Putin against the West.”

She said Putin’s nuclear statements should be taken “seriously” but “exaggerate the immediate threat”.

“I don’t think anyone thinks the use of tactical nuclear weapons will happen anytime soon.” Power plants and dams.

But that doesn’t mean Putin’s nuclear threat can be completely ignored.

“President Putin said it was no bluff. Some of our political leaders said we had to take this seriously,” Stent said. “That’s why the regime is clearly communicating with the Kremlin, telling them that there will be very serious consequences if they do something like that.”

Here’s why your tax refund may be smaller...